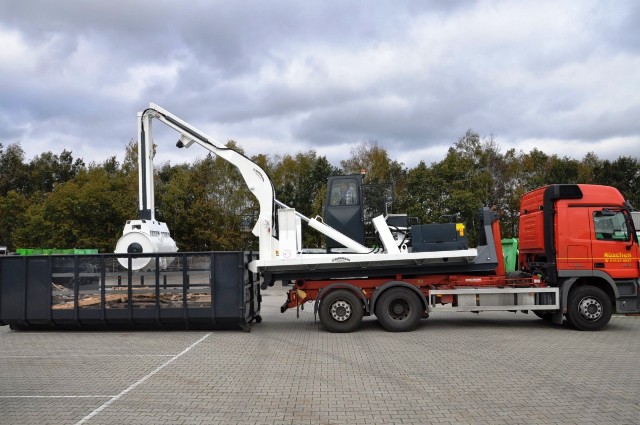 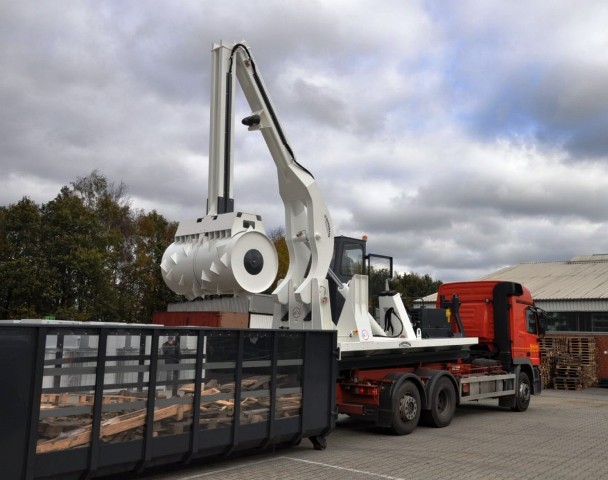 The Bergmann Jumbo Roll Packer Trans Pack has been designed to be versatile in applications.  It can be operated on a roll-on/roll off vehicle, a standard truck, with a subframe, on a trailer, or as a static compactor.

The Trans-Pack Flexible has been designed as a highly versatile member of the Bergmann Roll-Packer family of machines.   It uses a heavy, specially equipped compaction drum being used to reduce even large quantities of waste in open containers within the shortest of times to a minimum of the original volume. 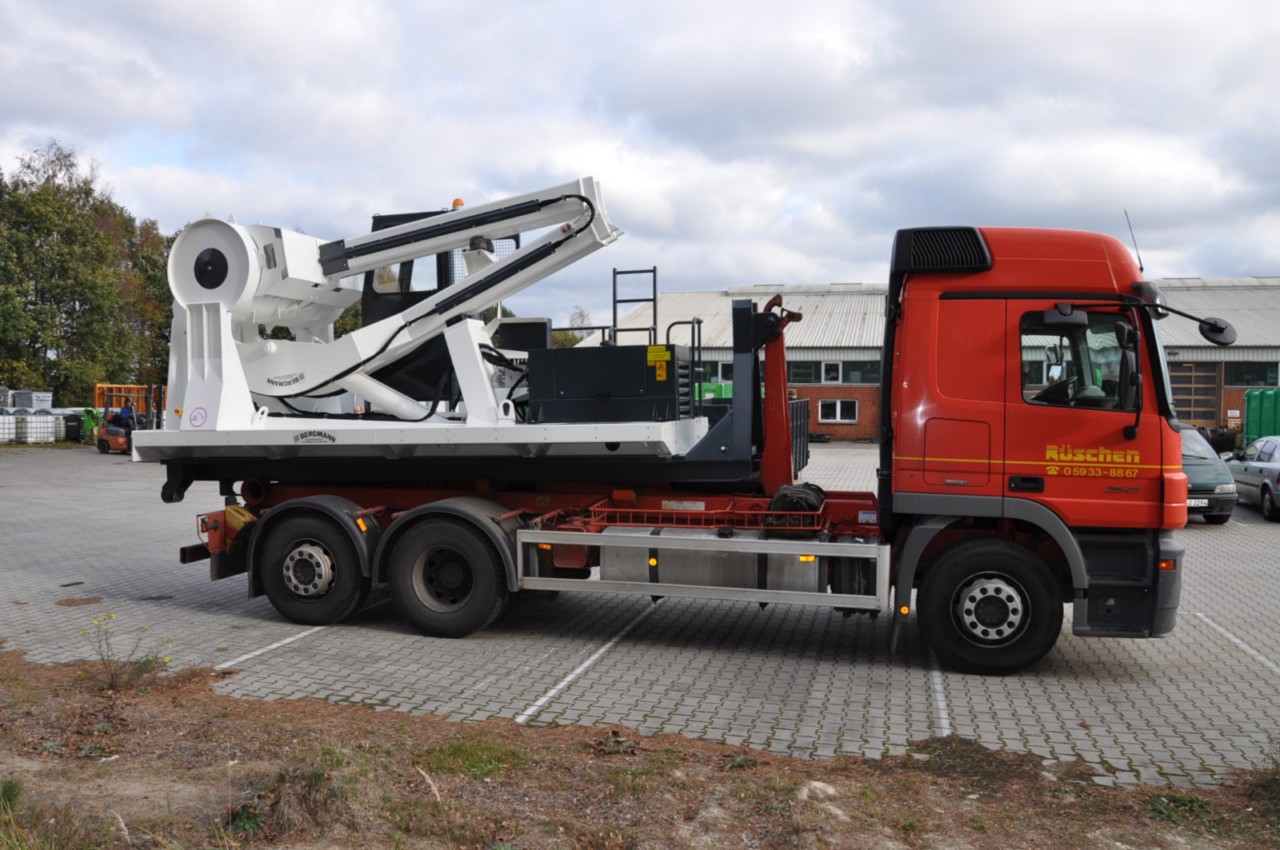 The containers can be arranged in different positions at random locations and spread out over any number of sites. The Trans-Pack Flexible is ideally suited for bulky and voluminous waste such as wooden crates, pallets, large items of cardboard packing, bulky waste, organic waste, etc.

To transport the machine, the Trans-Pack is secured onto an auxiliary platform, which allows it to be picked up by a truck with a roll-on/roll-off facility. The Trans-Pack Flexible can be operated at open containers up to 7 m in length, with compacting being possible both from the unloading side and from the collection side of the container. The drivers cab is positioned at a sufficient height to ensure that the operator always has a clear view of the working range of the compaction drum and the cab also provides protection against the effects of the weather. 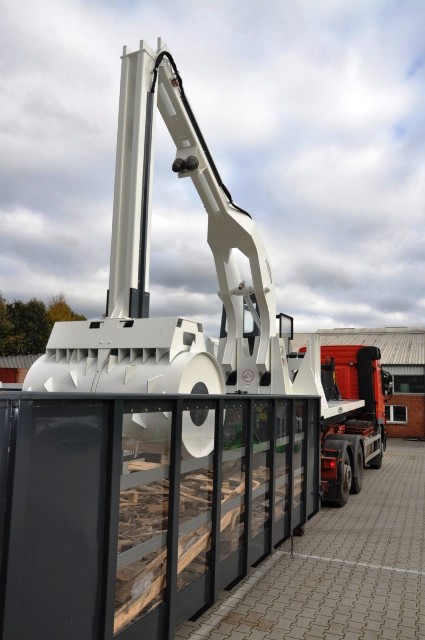 The compaction drum is driven by hydraulic motors housed inside the drum itself, which are powered by a hydraulic system. The compaction operation ensues manually. The system is controlled in such a way that the drum moves forwards and backwards in constant alternation, thus compacting the waste in layers. To transport the machine, the Trans Pack is secured onto an auxiliary platform, which allows it to be picked up by a truck with a roll-on/roll off facility.

The roll packer is operated with open containers and can compact from the unloading side as well as from the collection side of the container.

The compaction drum is driven by hydraulic motors housed inside the drum itself, which are powered by a hydraulic system.  An optional 1700 mm wide drum equipped with a comb that cleans the teeth during the compaction process can also be supplied if required.

For further information on this or any other Bergmann product, please contact us.

Tell us about your specific waste management requirements.